Yesterday I popped up to Switzerland to take some photos for a friend. Others might call it work, I call it fun … I love looking for the art in electrical reticulation systems …

But I digress. At the end of the day, after photographing who knows how many DB boards, power networks, substations and transformers, and having forgotten about lunch completely, we went out for a beer and some snacks to La Fumisterie Chez Ernest Restaurant in Rue des Noirettes, Geneva.

How fortunate that we arrived while they were serving their speciality antipasti. The beer was cold, the vibe warm and all the waiters un-like typical French waiters (that is to say, they were all most friendly).

La Fumisterie‘s catchphrase is “Food & Flavours of the Mediterranean”. They make great saucisson in-house and I can highly recommend their other cold meats.

That was pretty much my experience of Geneva – basements and La Fumisterie … (Oh, and being stuck in traffic). I’m sorry, I’ll try a little harder next time to bring you all something a bit more interesting. 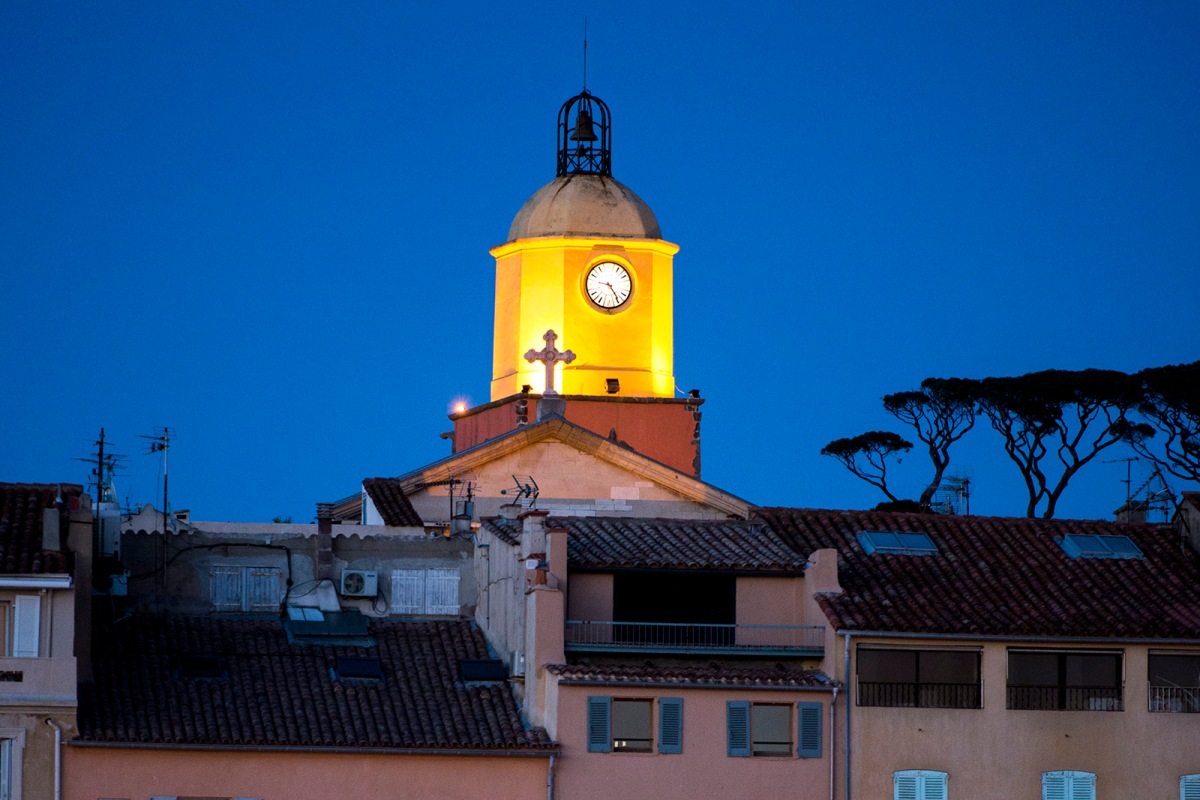 I’ve never really understood the allure of Saint-Tropez, the Provençal town in south-eastern France. Sure, it’s pretty, but in the summer its streets and cafés are clogged with tourists, parking places are as scarce as a sighting of an actual celebrity, and one is often stuck in traffic for hours both into and out of the town.

But in the spring and autumn it’s reasonably pleasant and really attractive in the late afternoon light. Last week I visited the town with Hélène and François – my host parents from my exchange-student days. As a student, François lived in the town himself – and one can tell how much he still loves it by his many stories. His parents also briefly owned an apartment in town, before buying the house out in Grimaud.

After walking around briefly, François and Hélène decided to seek shelter from the “Mistral” wind, which was howling through the streets, in a  pub (le Gorille) overlooking the old harbour. They gave me 45 minutes to take photos before going for supper. Most of the pics below are a result of those three quarters of an hour – me careering through the narrow streets as fast as my legs and lungs would take me. I never even made it up to the citadelle, so pressed for time was I.

During supper I popped out to photograph the lighthouse, and after supper, on my way to buy an ice cream from Gelato Barbarac, I grabbed a few evening shots. 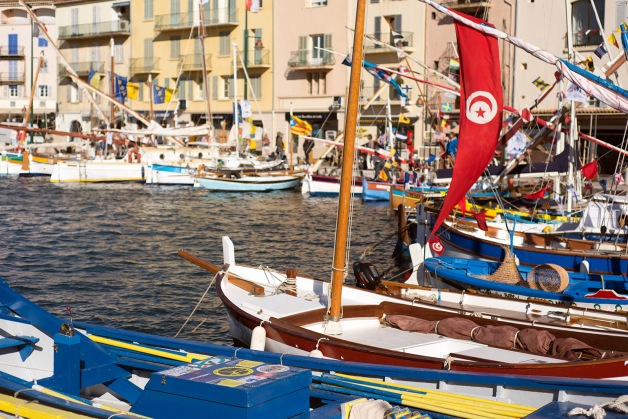 Boats signed in for “les Voiles Latines” which took place from 21 to 26 May.

The daughter of one of the participants of “les Voiles Latines” 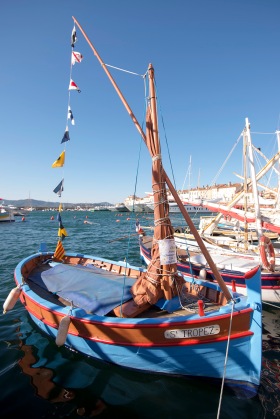 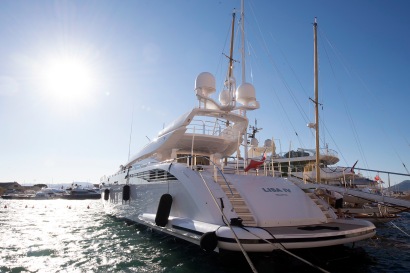 The Lisa IV (out of Valletta, Malta) … one of many luxury yachts in old port of St Tropez 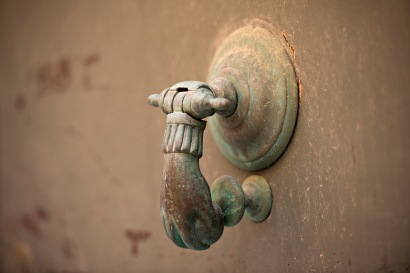 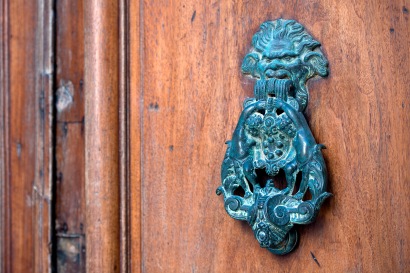 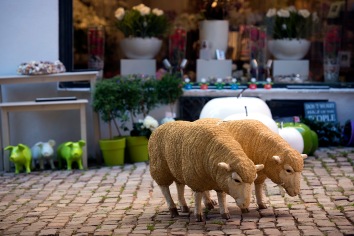 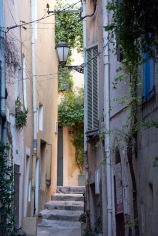 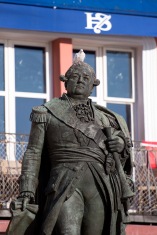 Pigeon and statue of Admiral de Suffren, on the Quai Suffren.

Soaking up the sun in a quay-side cafe, possibly Cecil or Cafe de Paris. 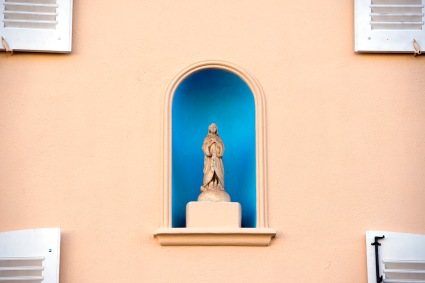 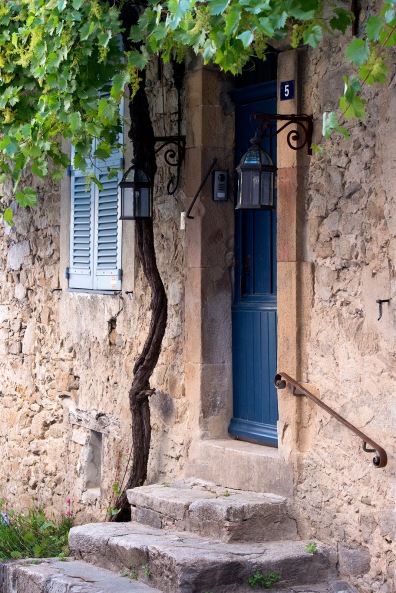 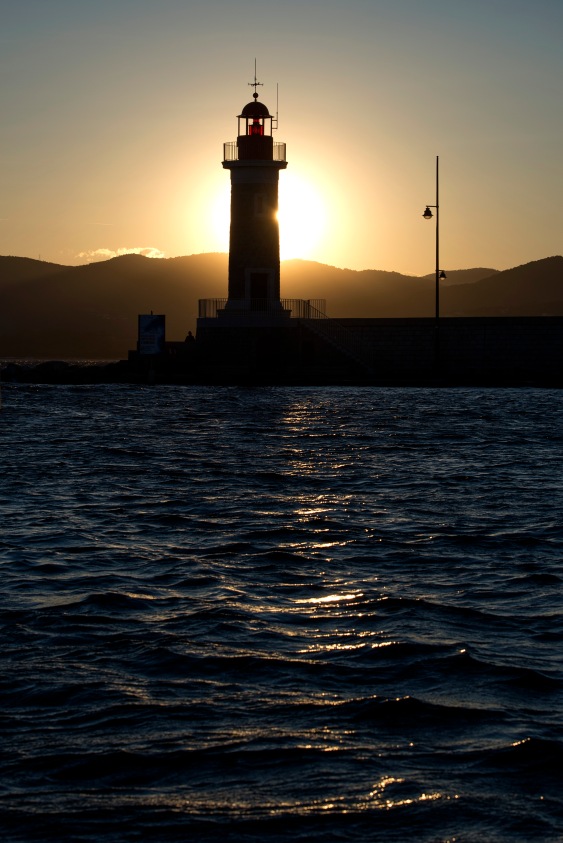 The “Eglise” at night

Across the port towards the old town

The Lisa IV at night 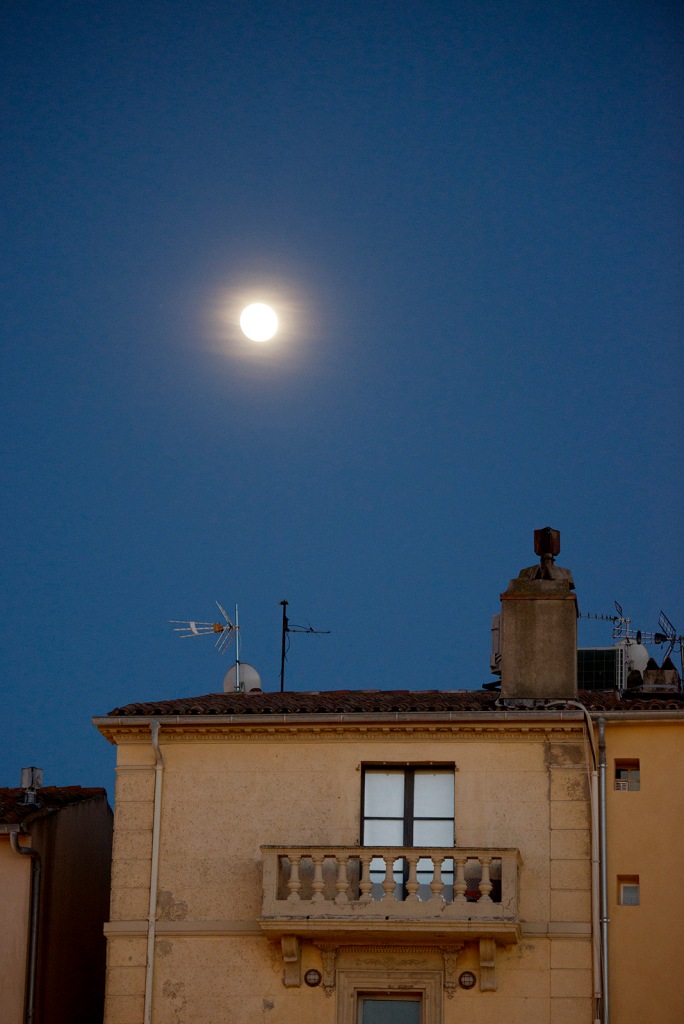 A building in the old town and the moon 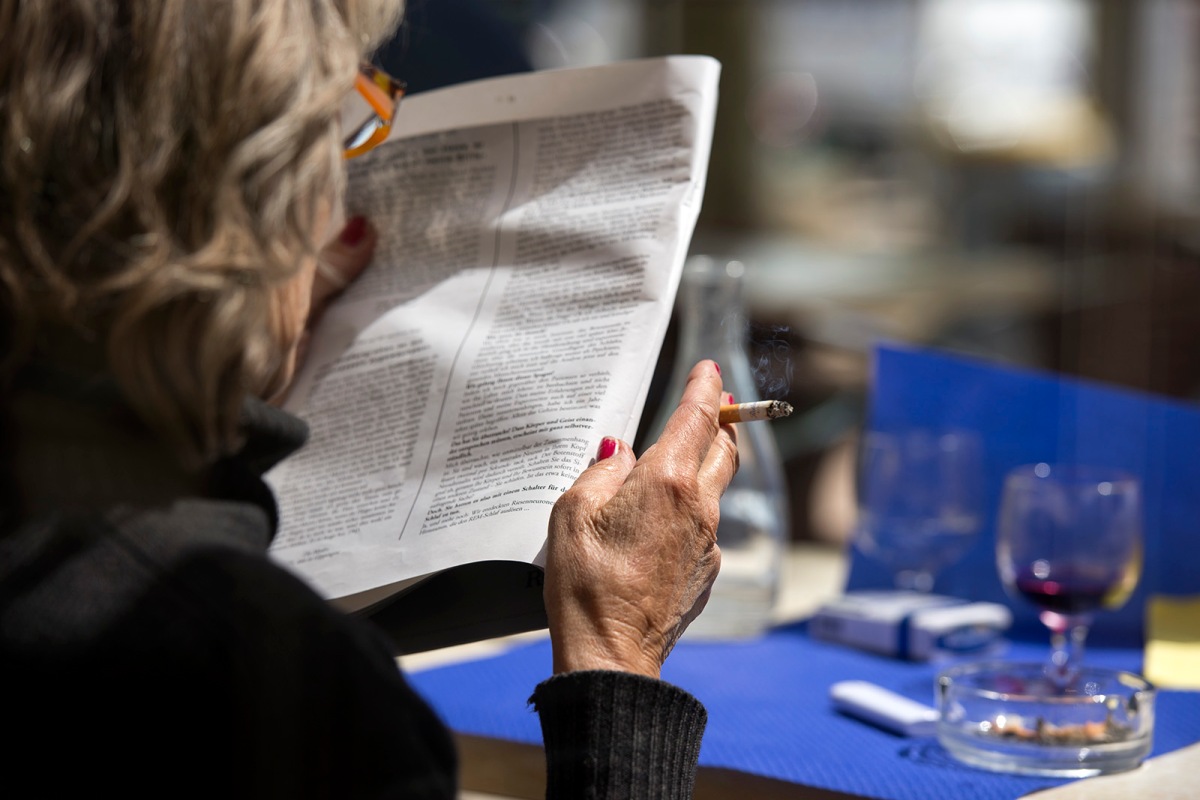 I love photographing people. Herewith a few of my favourites from my trip to the Côte d’Azur (French Riviera) last week. I admit, I didn’t ask all of them if I could take their photos – but I think that makes for more natural pics. 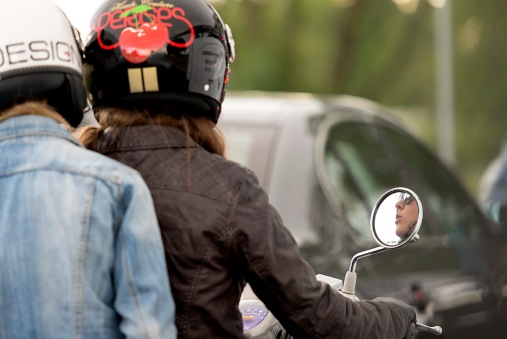 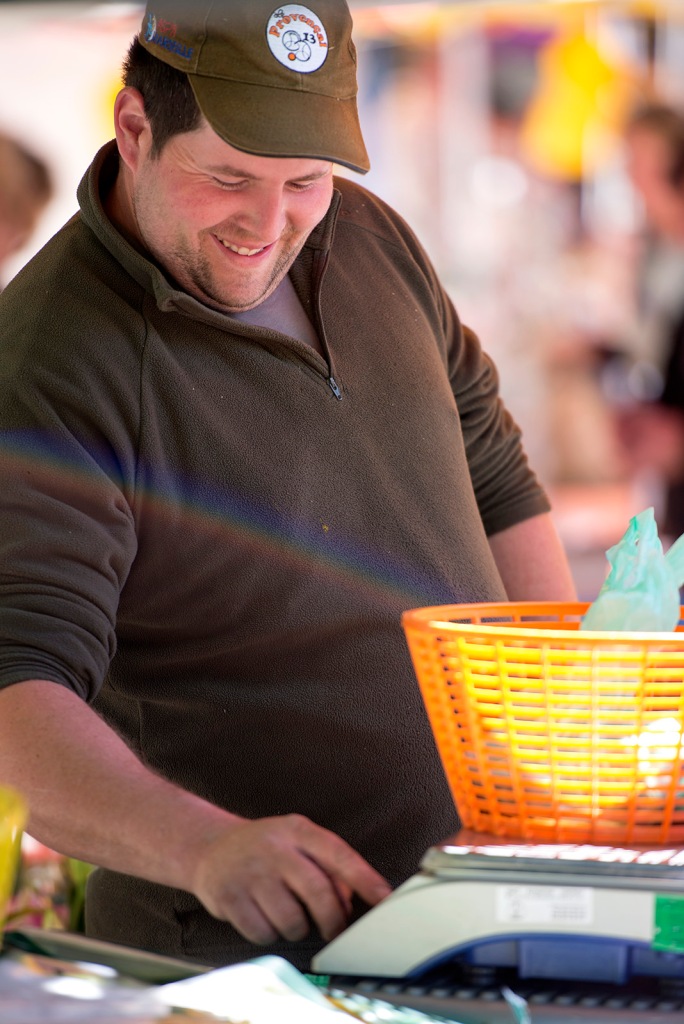 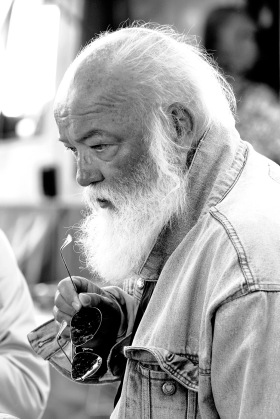 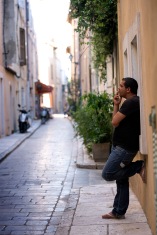 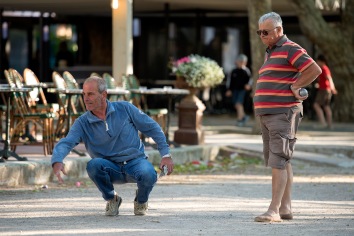 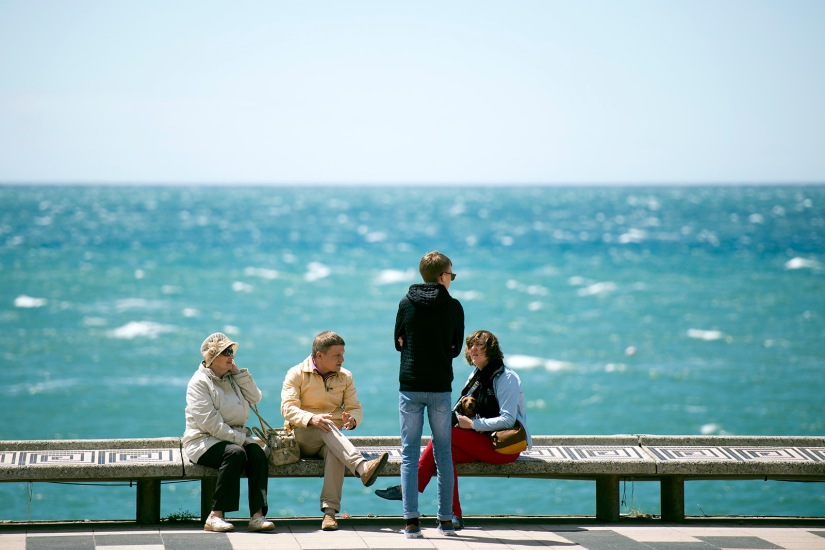 While most of France has been suffering from truly wintry conditions when it should be spring, here on the French Riviera we’ve been enjoying fairly balmy weather. Well, that was until two nights ago when the “Mistral” started blowing and the sky dumped a bucket-load of rain on us. But one thing about rain is that it clears the air – my allergies haven’t been nearly as bad since, and the sky was perfect for photographs.

I’m staying in a little village called Grimaud, which overlooks the Gulf of St. Tropez. As soon as the rain stopped and the sun broke through the clouds, I went out for a short walk with my 70-200mm lens and 1.7x converter. I’m loving the long lens, but still can’t seem to find the right f/stop to give me anything resembling sharp photos with the converter attached. Herewith the results: a small corner of the French Riviera after the rain. 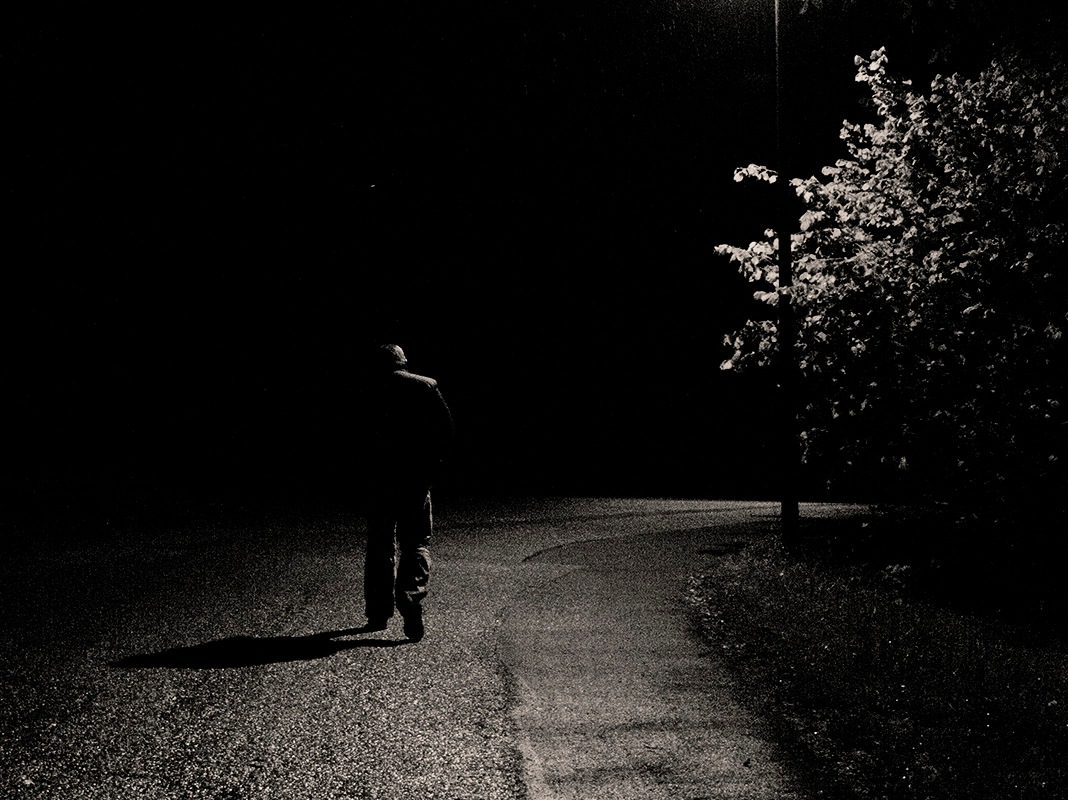 On Friday night, while out walking the dog …

I’m currently in a village on the French Riviera. If you don’t hear from me in the next few days it’s just because I don’t have access to the Internet …

Lac d’Annecy (Annecy lake), and the town bearing the same name, lies approximately 35km south of Geneva in France’s Haute-Savoie department. It is apparently the second largest lake in France, and is also known as Europe’s cleanest lake, which I can believe.

When I lived in Annecy in 2005 and 2006 I would often jump on my bicycle, cycle to one of the many “beaches” around the lake and swim out as far as I felt I could handle. Not only was the water clean but there weren’t many motorboats to endanger me or other swimmers. Another of my favourite pastimes was to cycle down to a pizzeria across the road from the lake, then sit on a jetty munching my pizza while I drank in the ever-changing colours of the lake, as the sun sank below the horizon …

As the friends I visit here live on the outskirts of town, I don’t get to see the lake and my old stomping grounds as much as I’d like. But on Friday, with a bit of time on our hands, we drove into town and took a long stroll down the lake front. It’s been awfully overcast and chilly for this time of year, but the sun broke through just enough for the walk to be quite pleasant. I can’t describe the memories the pleasant little promenade stirred up. I can, however, leave you with a few photos of this “Venice of the Alps”, for you to create your own … 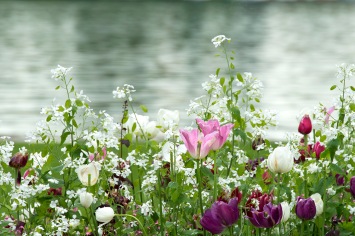 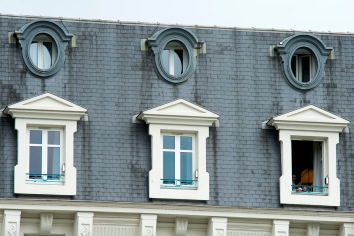 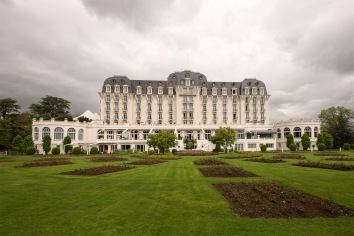 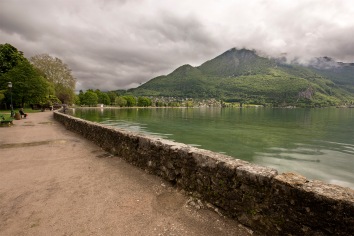 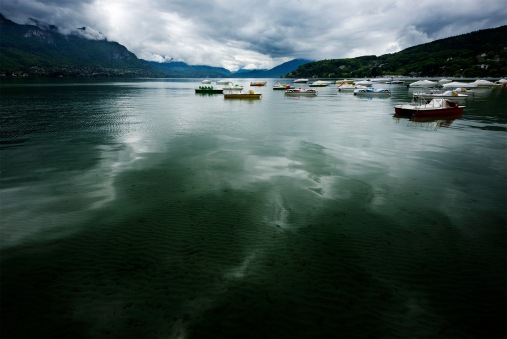 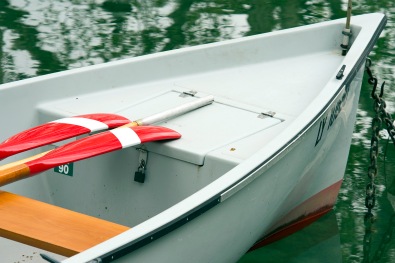 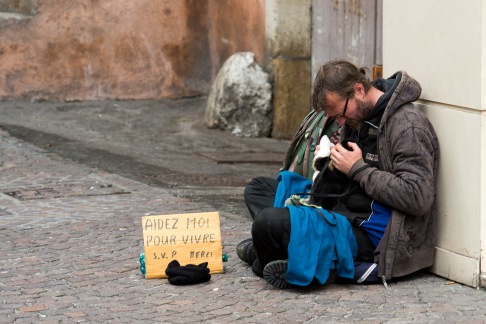 I am spending a few days in Annecy before heading down to the Côte d’Azur on Monday. Then, I’ll be returning to Annecy, before I do a photography job in Switzerland at the end of the month, and then fly to Canada at the beginning of June. 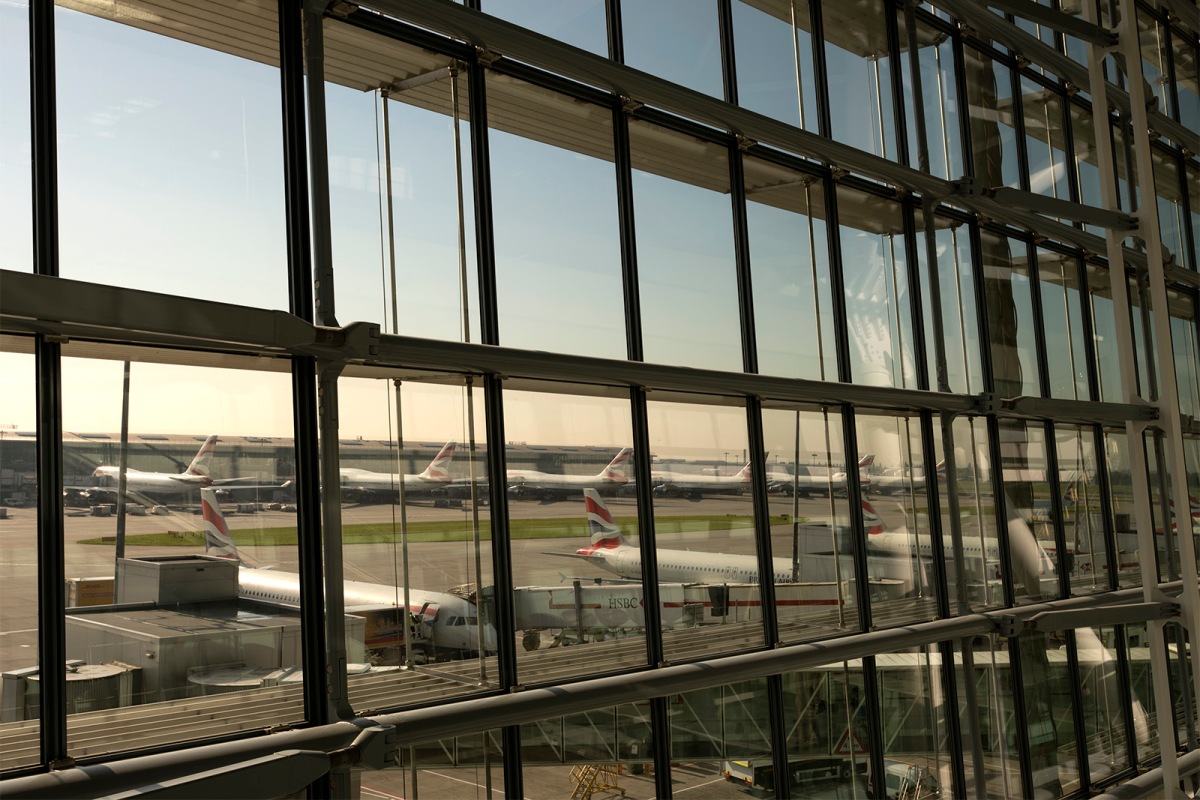 Wednesday 15 May 2013. My regular airport chauffeur Windolene Waterpebble picked me up from home at around 5pm for the short trip to OR Tambo airport. I had one bag to check in, weighing around 23 kg (or so I hoped) and two smaller bags as hand luggage – one complete with all my camera equipment, and the other with my computer and other typical stuff one takes on a long trip.

“So, I was telling a Canadian friend of mine where you were going in Canada, and she didn’t seem to know of the place. I looked it up on the iPhone app – about 650km east of Edmonton, right?” she said.

“To New England!” she responded … “East of Edmonton.”

“Yes … that would be British Columbia, 850km west of Edmonton, actually. There is a New England … in the north-eastern corner of the United States … some 3400km east of Edmonton as the crow flies,” I corrected her, laughing so loudly that I had several patrons at the Mugg and Bean glancing at me strangely …

“But I found it where I said it was. I assure you,” she pouted.

Clearly, geography was not her strong point at school. But hopefully she will now be able to imagine where I am a bit more accurately – and not in some imaginary place on the plains of Saskatchewan.

While checking through security I was stopped because of a suspicious-looking item in one of my bags. As I always pack very carefully I wasn’t sure what it could be.

“It must be my torch,” I told the man behind the TV screen.

“No, it’s got a spring in it. Are you carrying a small gun?” he asked.

As I have learnt over the years not to use my witty comebacks on security officials, or policemen, I said nothing and just dug into my bag to see if I could find the offending item.

It turns out that it was an old luggage scale my grandmother had given me years before. Happy that it wasn’t a weapon, they let me through. The customs official, who had flu, was in no mood to chat, and hurriedly stamped my passport with nary a “bon voyage”, clearly thinking only of her bed and medication waiting at home.

I boarded the British Airways Boeing 747-400 flight 54 at around 8pm, and we were in the air by 9pm – a bit late because a couple of passengers apparently went missing between check-in and the bus that transports passengers to the ‘plane out on the apron. I never did find out if they were found or not. All I cared about was that I had a seat open next to me (allowing me to stretch my legs) and that we were in the air semi on time. The flight was all reasonably uneventful, apart from the in-flight entertainment system going on the blink. Ten and a half hours without movies in today’s entertain-me-at-all-costs era was challenging to say the least. I found a zombie film that mostly worked, as well as a few television channels – including programmes as old as the ‘plane itself … like Magnum P.I. I loved that programme as a teenager. I didn’t remember it being as funny back then, though …

Thursday 16 May 2013. We landed in an unusually-sunny London at 6.45am – giving me just over an hour to get to my connecting flight. I had paid a whopping R1800 (around $200) for a UK transit visa back in South Africa, which didn’t even garner a glance from the immigration officer. All most disappointing! But then friends the world over had warned me that it might not have been necessary.

Somehow I made it from the arrivals terminal (there’s something wrong with that statement “arrivals terminal”, isn’t there?) onto the transit train, through the snaking lines to be searched and down to Terminal 5’s departure hall in time, only to find that my plane to Geneva had been delayed. This time it wasn’t caused by a passenger going AWOL but rather because “the ‘plane had only just been towed over from the repairs hangar where it had been undergoing maintenance.” As a seasoned traveller I have learned to ignore such statements from the flight deck and just call for a gin and tonic. As Ashleigh Brilliant once wrote, “Try to relax and enjoy the crisis”.

But, as usual, there was nothing to worry about. Somehow the flight attendants managed to serve snacks and two rounds of drinks to the chock-a-block flight before we landed at a very damp Geneva-Cointrin airport half an hour later than scheduled.

My friend Stéphane picked me up and we drove across the border into France, which is where I find myself for the next few days. Of course, it’s spring here – a balmy 8 degrees centigrade and raining, as I write this. There’s more rain forecast through to Monday.