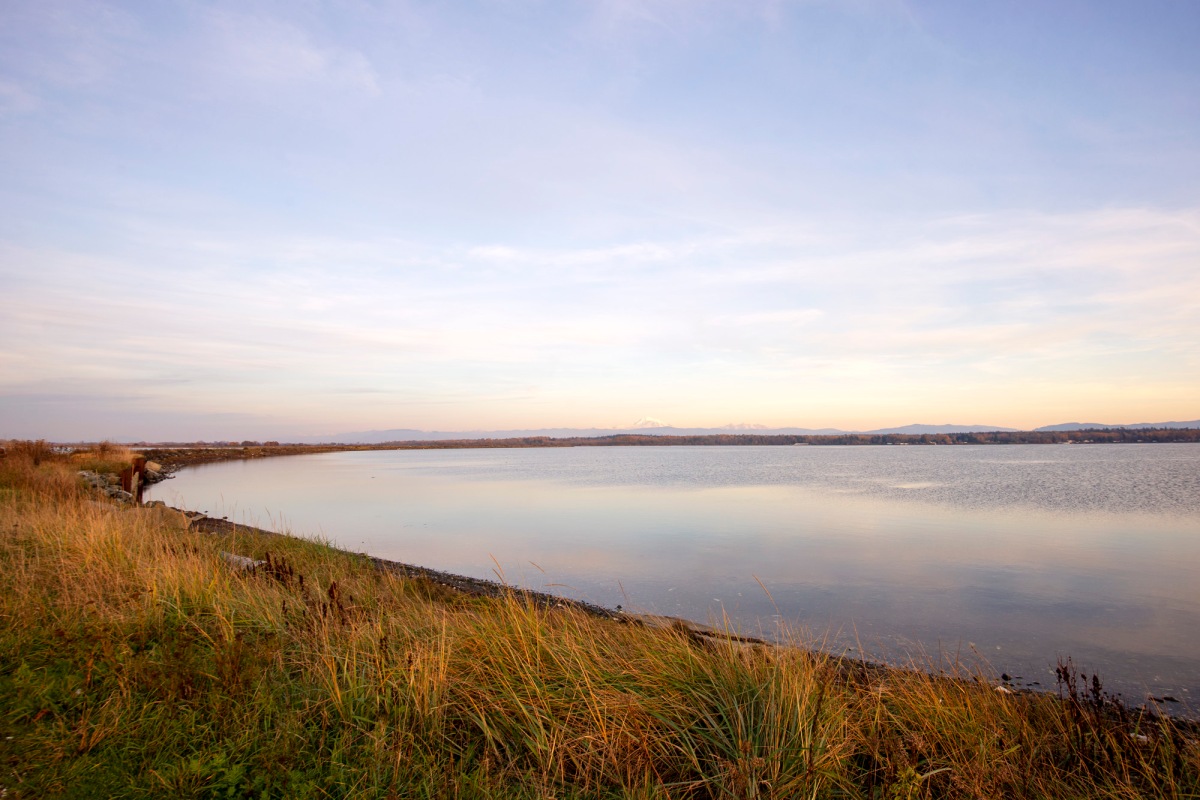 I was busy on Wednesday morning but the day just kept getting more beautiful – without a cloud in the sky – which forced me to take a drive. I had no idea where I was going to go. My nose led me.

I found myself driving east through Nugent’s Corner, Deming, the welcoming town of Welcome, Kendall, Maple Falls, Warnick, and finally Glacier. By this time I knew that I was heading towards Mount Baker, but had no idea whether I would end up on the mountain itself, or just in a spot with great views of it.

Mount Baker is the third highest mountain in Washington State, and can be seen from across the border in Canuckistan (including from Vancouver Island) and as far south as Seattle. Interestingly enough, Baker is an active glaciated stratovolcano, and has the second-most thermally active crater in the Cascade Range after Mount Saint Helens. It is also one of the snowiest places in the world. In 1999, Mount Baker Ski Area, located 14 km (8.7 mi) to the northeast, set the world record for recorded snowfall in a single season – 1,140 inches (2,900 cm).

But on Wednesday, as I climbed the twisting pass out of the town of Glacier I didn’t see too much snow. Ice, on the other sand, had me sliding dangerously across the road a few times. Eventually I got to the Mount Baker Ski area, although the road to Artist Point, which would have got me closer to a view of Mount Baker itself, was snowed in. I did shoot Mount Shuksan from Picture Lake, apparently an iconic Instagram shot. 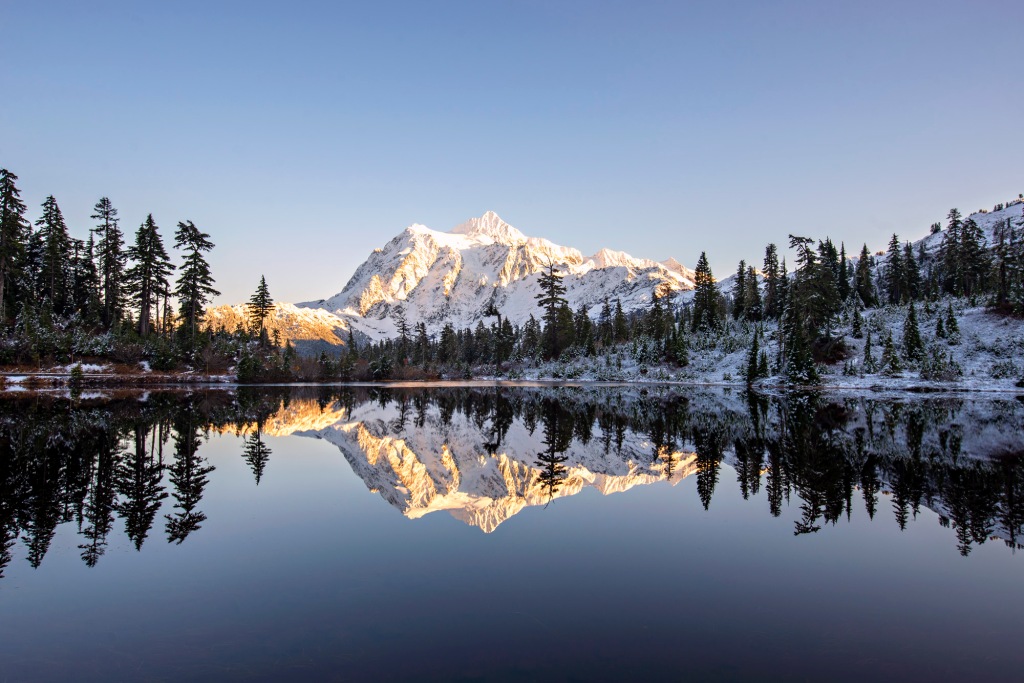 After the few near misses on the way up, I didn’t want to hang around too long for the road to freeze over even more, and headed gingerly back down the Mount Baker Highway in the dying light. 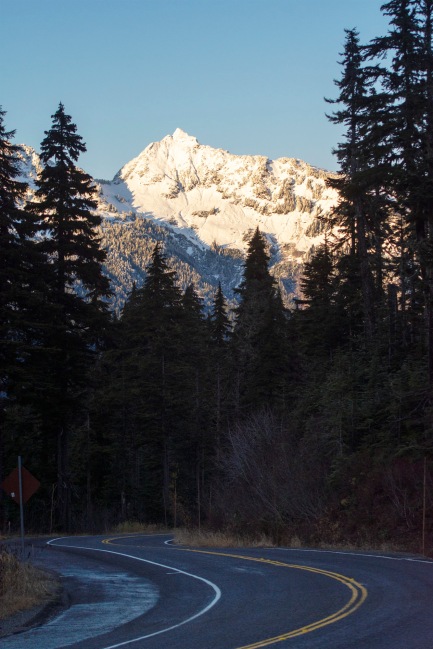 The final place that I stopped was the Nooksack Falls on the North Fork Nooksack River, which runs next to the highway.

It got dark quickly after that, and I drove home via Sumas because my GPS still doesn’t work, and it was the only name I recognised at the first roundabout.

I was busy in Canuckistan on Thursday morning but went in search of wider views of the mountain as soon as I drove back into Washington State in the afternoon. It was a bit more hazy than Wednesday’s weather, but still good for a drive. I found myself on a road that doesn’t exist on any GPS (even broken ones) on the Lummi Reservation and shot the mountain, and across Lummi Bay as the sun set. Enjoy!

P.S. I’m proud to say that all photos are handheld because I (stupidly) didn’t bring a tripod on this trip to North America… 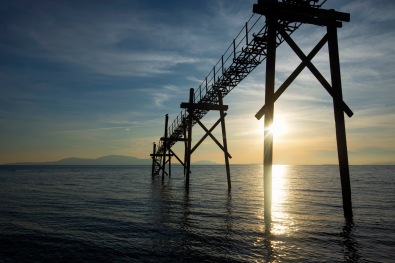 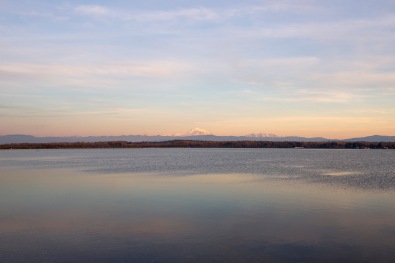 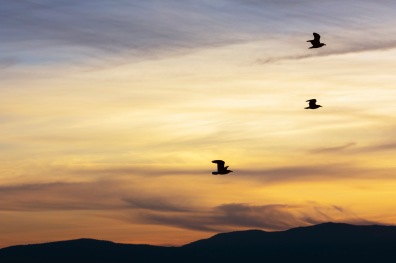 I hope you enjoyed this post. Please leave a comment with your (relevant & reverent) thoughts. Cancel reply

This site uses Akismet to reduce spam. Learn how your comment data is processed.